I bought my 1968 Camaro Rally Sport from a used car lot in Thousands Oaks California. It was light blue inside and out. It had a four speed manual transmission and bucket seats. The body looked pretty good, although I would find out later that it had some bodywork done on the passenger door and truck lid.

I bought the Camaro in my senior year of high school or soon after graduating. I can’t remember exactly when. During my high school years I worked in a gas station. It was good for me because I learned how to work on cars.

My First and Second Cars

I was driving a 1954 Ford truck. It had lots of problems so it wasn’t long before I realized a replacement was in order. You can listen to that story here. I bought a Red1964 Corvair Monza that was in good shape. Just needed tires and new carpet.

The Corvair was fun and very reliable. I bought new tires. They were called Tiger Paws if I remember correctly. They were wide and had a red stripe on the sidewall. I bought some small Chevrolet hubcaps and repainted the rims black. Like I said it was fun but I wanted something more.

Moving up to a Camaro

The Camaro had stock wheels with ugly hubcaps. A common look for sporty cars in that time was to have split rims. They were modified to be wider than the originals. You would take the tires off the wheels and send them to a machine shop.

They would put the wheels on a lathe and cut them, or split them into two pieces. Then they would bend a piece of metal that is two, three, or four inches wide and weld it into the wheel. I think mine were two or three inches wider than stock. I only did the two rear wheels because that was the look I wanted.

When you mounted the tires on the wheels it spread them out. With wide tires on the back and stock on the front it look sweet! The car didn’t need much more work other than a good wash and wax. But after driving it a while I noticed it would jerk slightly or shudder when I let out the clutch.

I started a process of trying to figure out what was causing the shudder. That problem turned into the most difficult mechanical issues to resolve of all my vehicles. It resulted in me pulling out the transmission probably six times.

I replaced two clutches, a new flywheel, and a transmission overhaul to replace the throw-out bearing sleeve on the front of the transmission. Checked the clutch linkage. Lubed everything relating to the clutch. I just couldn’t find the problem.

The owner of the gas station I worked at was a master mechanic. We worked together on it but couldn’t figure it out. I talked to other mechanics but no one could help. One day I was talking to a guy about the problem. He mentioned that Chevrolet cars in that era had problems with engine motor mounts breaking.

Rather than replacing motor mounts on hundreds of thousands of cars GM decided to put cable straps from the car frame around the exhaust manifold and back. The purpose was to hold the engine in place during a hard acceleration.

After talking with that guy I had hope of coming up with a solution. When I got to work that night I had my boss watch the engine when I let the clutch out with the park brake on. The engine lifted up and the car shuddered! The broken mounts could have not only bound the throttle linkage but they also could affect the clutch linkage. That was the cause of the clutch shudder. I replaced the engine mounts and the problem was fixed.

After all the problems and working on the car so much I got burnt out and thought I would make a change. During that time small pickups had become popular. One day I made an emotional decision and decided to buy a new Ford Courier pickup.

What a mistake! The truck was cute and had some features that were nice. I bought a camper shell and padded carpet for the back. Not sure why. The sales guy probably just sold me on it.

So yes, that Camaro is the car I wish I had never sold. It was fun, easy to drive and looked great. You can see a photo of the car on one of the other stories on the Auto Owner Story page about my sister Gayle’s car story.

As I sit here telling this story it’s amazing to me how clear my memories are about this time in my life. I had some emotional times as I progressed through high school and college. I’m sure many of you had similar life issues as you learned and matured.

Personally I wish I still had that car and frankly even the old Ford truck and the Corvair. I have many memories of my cars and years working in the automotive service industry.

After college I worked as an auto mechanic at a British car dealership. I drove and worked on Jaguars, Lotus, MG’s and Triump TR6 sports cars. It was hard work but I made good money for a first job. The sports cars were fun to drive. I liked the TR6 cars the most. One of the most comfortable and quiet cars I’ve ever driven is a Jaguar  XJS 4 door sedan. They were a great road car.

I hope you enjoyed this story. I’m sure many of you have stories like this of cars or trucks you wish you still had. We would love to hear your story!

Please share this with your friends or family. Help us spread the word about the Auto Owner Story podcast so we can get some more fun car stories.

If you’re open to sharing a story please go to the Auto Owner Story website and click on the Schedule a Call link in the menu at the far right.

We can talk on the phone, connect via email to set up a time to do a trial recording or just record your story. 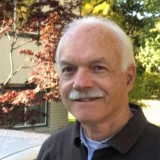